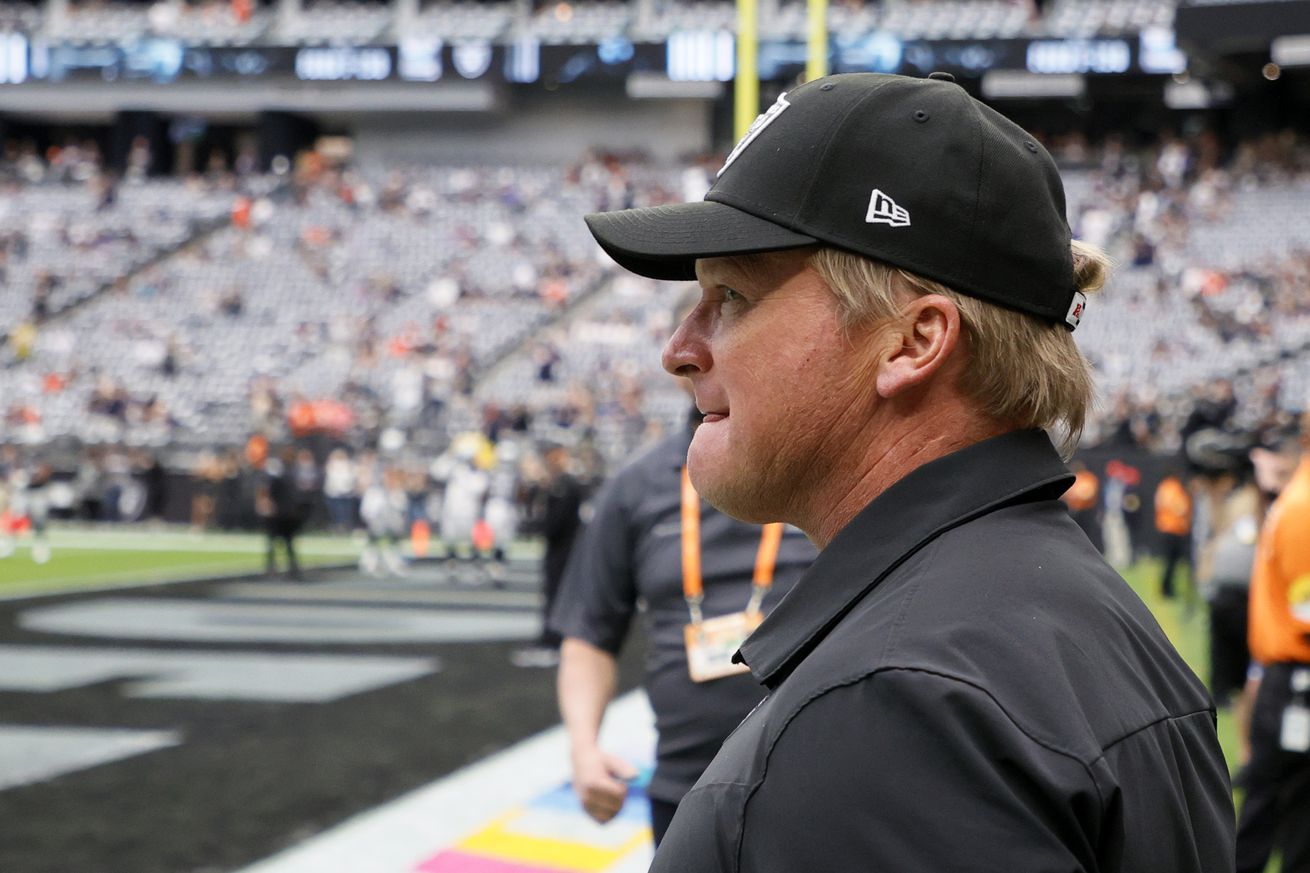 Gruden is suing the NFL for pressuring him to resign over racist, homophobic emails.

Jon Gruden has filed a lawsuit against the NFL and commissioner Roger Goodell alleging the league “sought to destroy the career and reputation” of the former Las Vegas Raiders head coach when he resigned earlier this year.

Gruden resigned last month after emails using racist and homophobic language were uncovered during the league’s workplace misconduct investigation into Bruce Allen, the former president of the Washington Football Team. Gruden was not a head coach in the league at the time, but he was a highly-paid broadcaster on Monday Night Football.

Gruden’s lawyers filed in the lawsuit in Nevada state court. They are alleging he was pressured into to resign. You can read the full lawsuit here.

Gruden wrote that NFLPA leader DeMaurice F. Smith had “lips the size of michellin (sic) tires.” He called Goodell a homophobic slur and referred to him as a “clueless anti football p****.” He criticized former Rams coach Jeff Fischer for drafting “queers” after his team selected Michael Sam in the NFL draft. He wrote that Eric Reid should be fired for his protest against police brutality. He called then vice president Joe Biden a “nervous clueless p****.”

Gruden resigned a day after a New York Times report detailed the contents of the emails from 2011.

“When their initial salvo did not result in Gruden’s firing or resignation, Defendants ratcheted up the pressure by intimating that further documents would become public if Gruden was not fired,” Gruden’s lawyers say in the lawsuit.

Gruden had signed a 10-year, $100 million contract with Raiders to be their head coach. He and the team agreed to an undisclosed settlement when he resigned.

Gruden deserves everything he got and then some. But what other dirt on the NFL will Gruden’s lawyers dig up during discovery? The league surely does not want the public to know any of it.

We’ll update this story as it develops.